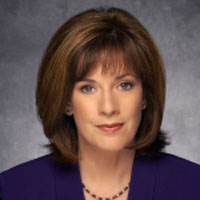 Diane Dimond is a modern-day journalist who defies a category. She’s been called “a renaissance broadcaster” for her versatility on-air and “a reporter’s reporter” for her consistently high-quality investigative storytelling. Dimond’s greatest talent may be her ability to communicate complicated stories in an understandable, common-sense way.

Diane utilizes multimedia platforms to tell the stories she finds so fascinating. Her nationally syndicated weekly crime and justice newspaper column is distributed by Creators Syndicate. She is a frequent contributor of articles to the innovative news-based Internet website The DailyBeast.com. In the field of radio, Diane was co-host of Greenstone Media’s syndicated morning radio talk show in 2007. She can often be heard filling in on other major radio talk shows.

When there is a breaking crime story you can often see Dimond’s thoughtful commentary on CNN, Fox News, MSNBC and other cable outlets. She’s been a substitute anchor on various cable channels, as well. Dimond is also an accomplished narrator and voiceover artist and is the voice of “Disorder in the Court” on TruTV.

Diane Dimond may be best known for first exposing then explaining the child molestation charges against Michael Jackson. Dimond’s coverage of Jackson’s criminal trial was seen by millions on Court TV, NBC’s Today, MSNBC, Larry King Live and news outlets worldwide. Her book on Jackson, Be Careful Who You Love: Inside the Michael Jackson Case, published in November 2005, is an explosive tome detailing Dimond’s exclusive revelations from 1993 when she first broke the story — to the case 10 years later when Dimond was the first to report the charges against Jackson.

Diane’s latest book, Cirque Du Salahi — Be Careful Who You Trust delves into the shoddy journalism that catapulted the erroneous “White House Gate Crashers” into the public square. The book provides an exclusive look at the couple at the center of the scandal, Michaele and Tareq Salahi, and dissects where the truth and the lies intersect in the saga. It’s also a scathing indictment of the Washington D.C. social/political scene as well as Reality Television — both those who appear in it and those who produce it.

Dimond began her broadcasting career at KOB Radio in Albuquerque, N.M. In 1976, she moved to Washington, D.C., to anchor newscasts for National Public Radio’s All Things Considered. In 1980, she became Correspondent for the RKO Radio Network, assigned to cover Capitol Hill, the White House and various Washington agencies.

Finally making a move into television in 1986, Dimond’s first news job in television was at the flagship CBS Station in New York. Dimond went into syndicated television in 1990, when she became the investigative reporter for the program Hard Copy. She then anchored the nationally syndicated program EXTRA.

In 1998, Diane moved to NBC and partnered with Geraldo Rivera to co-anchor CNBC’s nightly newscast, UpFront Tonight. After moving to MSNBC, Dimond hosted the series Missing Persons, anchored major news blocks and, among other stories, covered the 2000 presidential campaign.

After the Sept. 11, 2001, terror attack in New York City, Diane anchored live programs on the Fox News Channel where she specialized in the network’s continuing coverage of the war on terrorism.